Have You Created an Impossible Business?

It’s easy to think that any business can be successful if you work hard enough, but there are many situations where this just isn’t so. Consultants, coaches, and other service professionals often start a business believing that all they need to do is charge a “reasonable” fee and sell “enough” of their time. But unless you do the math to prove or disprove your assumptions, you may be creating a business that can never succeed. Here’s what can happen: 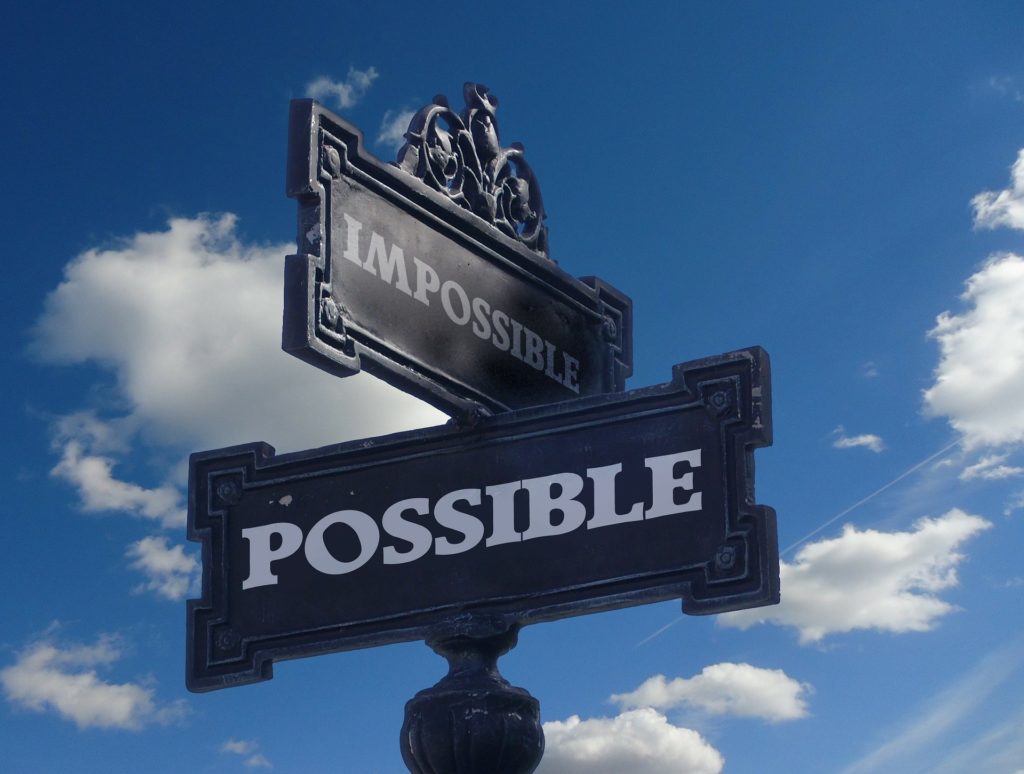 My client Molly was selling her services as an image consultant to individuals who wanted an updated or more professional look. She charged $50 per hour, which she thought was the most anyone would realistically pay to work with her. In most cases, she traveled to a client’s home or went shopping with her client.

Including travel time and lunch meant that Molly could only make two appointments in one day. The average appointment was two hours long. So the maximum amount Molly could earn in one day turned out to be $200. But in order to earn that amount five days per week, Molly would have to schedule ten different clients, all of whose schedules were able to adapt to whatever times she had available.

This was hopelessly unrealistic. Even if Molly had been able to make the scheduling work, when would she have had the time to do the marketing required to land that many clients? It turned out that the maximum Molly could really earn using this model was about $500 per week. After paying her taxes, she couldn’t even cover her monthly living expenses.

Fred was a student of mine who worked as an IT consultant for midsize corporations. He typically charged $75 per hour, and when he landed a contract, it often consisted of 20-100 billable hours.

Because Fred’s earning capacity was so high and he disliked marketing, he spent a lot of money on marketing himself indirectly. He purchased banner ads in industry publications online, paid to exhibit at trade shows, and hired a telemarketer to prospect for him. Fred also worked on contracts that came through agencies, who often took 20-30% of his earnings as their percentage.

New consultants, coaches, and other professionals almost always overestimate how much they can earn and underestimate the amount of time and money required to successfully market themselves. They also forget that they will have to cover not only their living costs and business expenses, but pay self-employment tax, buy their own health insurance, provide for their own retirement, and allow for unpaid vacation and sick time.

If Molly or Fred had taken the time to sit down with a calculator before starting out in business, they would have quickly discovered that they were on the wrong track. But both of these businesses were able to be rescued.

Molly began selling her time by the day instead of by the hour. She offered her clients a full-day package that consisted of a wardrobe review and consultation in the morning and a shopping trip in the afternoon. By charging $395 per day and scheduling three clients per week, she could earn more than double the amount she did previously.

She also began offering a monthly one-day image workshop as a way of bringing in more income while giving prospective clients a chance to experience her work. The workshop became her main source of new clients, and marketing the workshop turned out to be easier than marketing her personal services.

Fred learned how to market himself less expensively through networking, speaking, and writing articles. Instead of buying booths at trade shows, he was showcased there as a presenter, and spent time networking with the other attendees. The same publications where he used to run ads now ran his articles. Rather than paying a telemarketer, he started picking up the lunch tab for people he thought could refer him some business.

As a result, his expenses for marketing and commissions dropped from $30,000 per year to $10,000. At the same time, his income rose to $100,000 per year, because as his visibility and reputation grew, his services were more in demand and he could command higher rates.

If earning a decent living as a self-employed professional sometimes seems impossible to you, start asking how it could be possible. What can you change about how you are marketing yourself, how much you are charging, and how you are packaging your services? While it could be that success will come if you just work a little harder, it’s more likely that you first need to start working a little differently.